In 2015, Deloitte Access Economics conducted a study of the amount of economic activity generated in 2013/14 a result of timber harvesting operations in the Central Highlands Regional Forest Agreement Area (RFA) on the less than 0.3% of public land that was harvested for timber.

This study is the first fact-based analysis of the economic benefits provided by any part of the native timber industry in Victoria and focused specifically on the Central Highlands Regional Forest Agreement RFA Area.

DOWNLOAD A FULL COPY OF THE ECONOMIC REPORT HERE

*This graph relates only to the Central Highlands region in Victoria

The study focused on the Central Highlands RFA Area Community which has a population of approximately 97,000 (1.8% of the total Victorian population) and has a total of 23,642 jobs located within the area itself.

The agriculture, forestry and fishing industry (9.9%) and the accommodation and food services (11.7%) industries comprise a larger proportion of the Central Highlands RFA Area economy, as measured by percentage of total employment, than Victoria overall (2.2% and 6.1% respectively), suggesting a high reliance on primary industries and tourism.

The Central Highlands RFA Area was selected as the focus of the study because it is one of five key areas in which VicForests operates, and includes a diverse range of forest values, including water catchments, flora and fauna, tourism, recreation and other non-timber product industries. 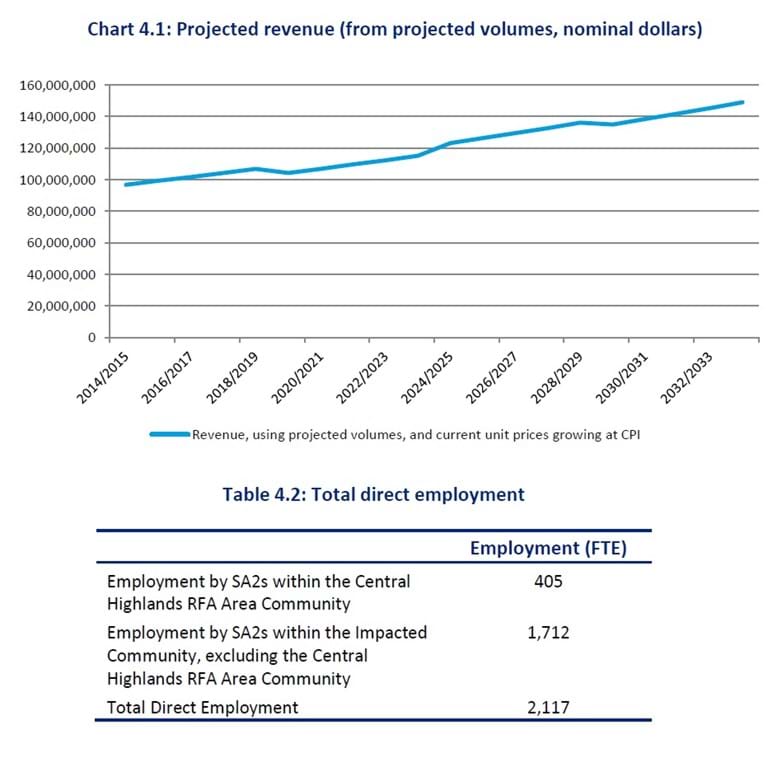 $573 million in revenue was generated by VicForests and its contractors ($76 million) and its direct customers ($497 million) in the Central Highlands RFA Area in 2013-14.

The analysis estimates that in 2023-24, VicForests revenue from the Central Highlands RFA Area will be $148.9 million in nominal terms, based on projected volumes (see Chart 4.1).

The total number of direct full-time equivalent (FTE) jobs linked to the industry within the Central Highlands RFA Area Community and the Impacted Community including VicForests’ staff, contractors and customers is 2,117 (see Table 4.2). 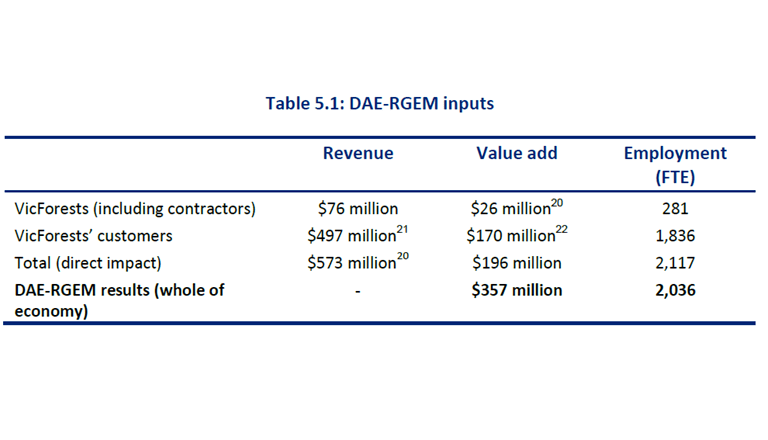 Deloitte Access Economics modelled the impact of the native timber industry in the Central Highlands RFA Area on Victoria’s economy using  its Regional General Equilibrium Model (DAE-RGEM) which predicts changes in measures such as GDP, employment, export volumes and investment.

This modelling found the State’s Gross Regional Product (GRP) is $357 million higher and there are an additional 2036 FTE jobs as a result of native timber harvesting across this region.

The study used conservation assumptions in order to ensure the findings are robust and able to be widely used.

The study looked only at jobs associated with forest employment through to the primary processing sector. Other studies suggest there are many thousands of jobs in secondary processing and further downstream manufacturing that rely on timber from this region with these jobs outside the scope of this analysis. 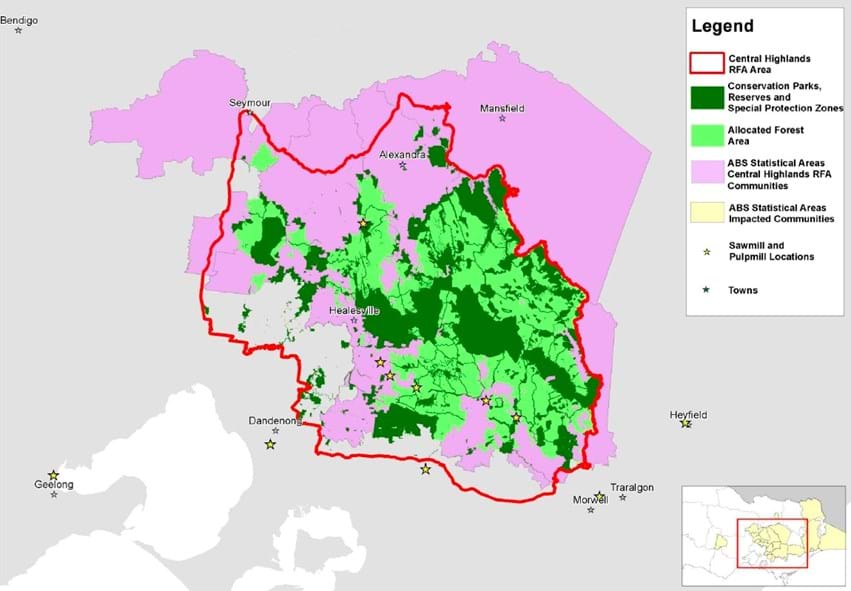