There have been 218 new Possum colonies verified since February 2015 following surveys conducted by the Department of Environment, Land, Water and Planning, Arthur Rylah Institute (ARI), VicForests, Parks Victoria, Zoos Victoria and the community, including four detections verified in the past week.

The critically endangered Leadbeater’s Possum has been found living in man-made hollows created as part of a study aiming to provide additional habitat for the species.

Remote sensor cameras have spotted Possums building nests in specifically designed hollows which have been carved into trees in forests around Warburton, Powelltown and Noojee. Read more

The latest Supporting the Recovery of the Leadbeater’s Possum Progress Report has been released by Minister for Agriculture and the Minister for the Environment, Climate Change and Water.

The Report highlights a number of key achievements including the detection of 116 new colonies in the last 12 months. Read more

VicForests has acknowledged the Federal Minister for Environment’s decision today to list the Leadbeater’s Possum as ‘critically endangered’.

Robert Green, VicForests CEO, said the organisation hopes this announcement will maintain the necessary focus on action to ensure the long term survival of the species. (More)

Figures released this week in VicForests’ 2013-14 Sustainability Report, show 7000 hectares were excluded from harvesting last financial year to protect old growth forest, and habitat for species such as the Leadbeater’s Possum and the Long-footed Potoroo.(More)

VicForests’ General Manager Stakeholders and Planning, Nathan Trushell, said the research would work towards developing new models and techniques to assist the long-term survival of threatened species such as the Leadbeater’s Possum. (More)

VicForests will transition away from the use of clearfell harvesting in ash forests which are home to the Leadbeater’s Possum, Victoria’s faunal emblem as part of the Advisory Group's recommendations.

Retention harvesting will replace traditional clearfell methods in 50% of the area harvested across the Leadbeater’s Possum’s range beginning from July 1st 2014 in the biggest change to harvesting practices ever implemented by VicForests - click here to read more.

A full list of the recommendations and the Technical Report developed by the Advisory Group can be found here.

A Leadbeater’s Possum has been found in an area which underwent timber harvesting near Healesville in the late 1980s.

This and similar detections in other areas previously harvested show the system of retaining trees during harvesting can provide habitat over time for a range of species, including the Leadbeater’s Possum.

VicForests executes a range of management strategies to protect this species, including the exclusion of potential Leadbeater’s Possum habitat, where there are high concentrations of large old trees. If a Leadbeater’s Possum colony is confirmed within an area planned for harvest VicForests applies a special protection zone. (More) 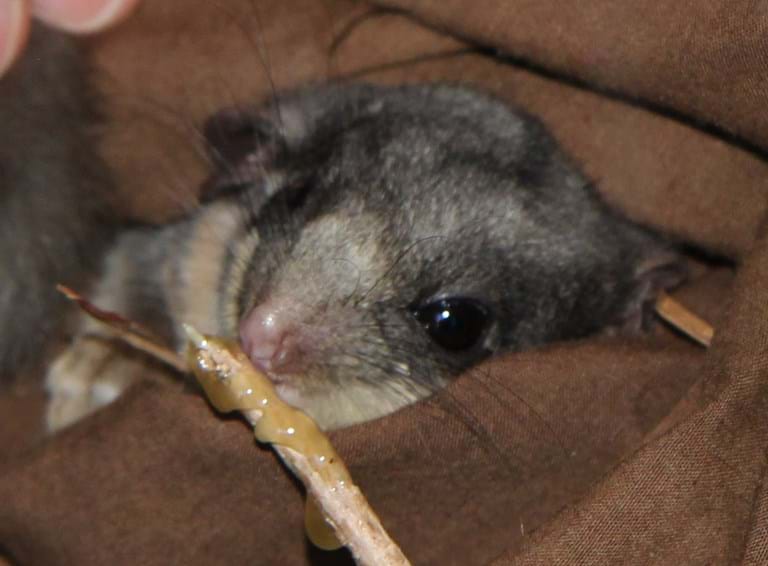 Going Bush looks at some new techniques being used by VicForests and other organisations to create future habitat for the Leadbeater's Possum.