Who is the Leadbeater's Possum?

The Leadbeater's Possum is a small, fast moving, nocturnal possum that lives in the Central Highlands region of Victoria. It was recently listed as Critically Endangered by the EPBC Act (1999) due to loss of species habitat.

It does not have the ability to glide like other possum species, but instead moves quickly through the forest, leaping from one tree branch to another, making it very difficult to spot.

Leadbeater’s Possum have grey to greyish brown fur on the top of the body with a distinguishable dark mid-dorsal stripe, pale cream underside and a club-shaped tail that is broader at the tip.

Leadbeater's Possums are a communal-nesting species that live in colonies made up of two to 12 animals and they can actively defend territories of approximately one to three hectares.

Where does the Leadbeater's Possum live?

The Leadbeater’s Possum lives in Ash and Snow Gum forests in the Central Highlands region in an area of approximately 70km by 80km north-east of Melbourne.

It uses strips of Gum bark to build a series of  nests within tree hollows across each colonies territory  .

This species is known to prefer habitat found in Ash forests that contain both wattles as a food source and an ample supply of old, hollow-bearing trees for nesting. Because these possums do not have the ability to glide, they also require dense surrounding vegetation to allow them to move through the forest.

There are 204,400 hectares of potential habitat found across the range of the Leadbeater’s Possum. 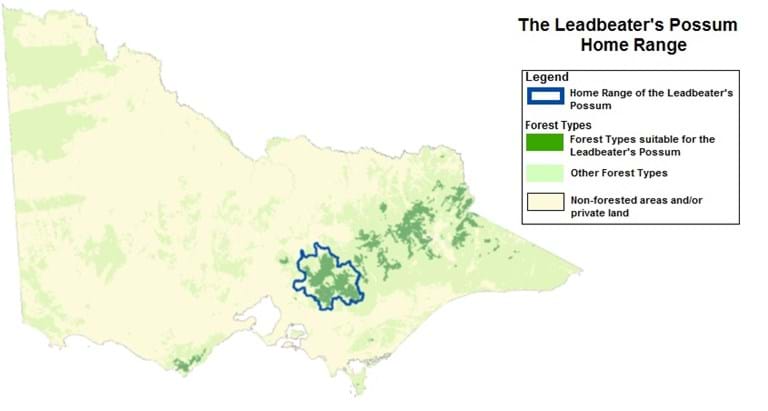 The Leadbeater’s Possum was recently listed as Critically Endangered by the Federal Minister for Environment due to the reduction in its population and available habitat: hollow bearing trees and understorey structure, particularly following the 2009 Black Saturday fires.

The Victorian Government has outlined a number of rules and regulations that protect the possum and its habitat, including protecting areas of Ash forest in the Central Highlands region where the possum lives.

An Advisory group was established by the State Government in 2013 to provide recommendations on ways to support the recovery of the Leadbeater’s Possum while maintaining a sustainable timber industry. This led to a wide range of actions to support the recovery of the species including an increased effort of identifying and protecting new colonies through targeted species surveys.

For more information visit the Protecting the Leadbeater’s Possum page. 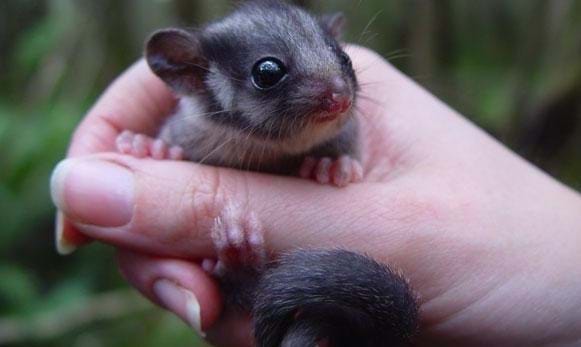