VicForests is looking after safety 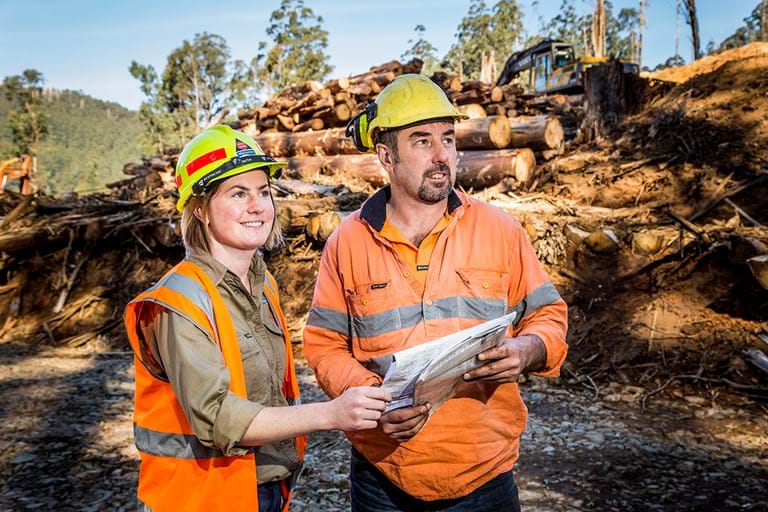 VicForests achieved two significant safety achievements in March that are paving the way towards the goal of zero harm.

Also in the past 12 months there have not been any lost time injuries recorded for staff, bringing the Lost Time Injury Frequency Rate for staff to zero.

Although this is not the first time VicForests has achieved this, it is a significant milestone that we are very proud of.

Robert Green, VicForests Chief Executive Officer said that the combined result is the best the company has ever achieved.

“Our aim is to have zero harm in all our operations. It is an ambitious goal but I believe it is an attainable goal.

“This fantastic result is largely due to the investment our staff and contractors have put into strong safety management systems, reporting and equipment standards.

“Any incident or accident that does take place is taken very seriously, the more serious incidents are investigated thoroughly to understand the root cause and identify ways to prevent re-occurrence.

“All of our contractors machines and trucks are fully compliant with relevant safety standards and are well maintained.

“Our staff are committed to performing their jobs safely in both the office and in the forest,” he said.

The timber industry plays an important role in Victoria’s economy by contributing to thousands of jobs across the state and generating millions of dollars for the Victorian economy.

It is also full of complex and demanding roles that require many years of training and qualifications to perform safely and professionally.

“Timber harvesting requires a lot of skills and knowledge. “Many of our staff and contractors work with dangerous and heavy machinery every-day and many assist in firefighting activities in the peak fire season.

“It is our job as responsible forest managers to ensure our staff and contractors have quality equipment and suitable training for the job,” Mr Green said.

VicForests has stopped timber harvesting operations in an area in East Gippsland following the verification of a Greater Glider detection by the Department of Environment, Land, Water and Planning (DELWP).

Nathan Trushell, VicForests General Manager Stakeholders and Planning said 11 Greater Gliders had been detected on the site, resulting in the creation of a 100 hectare Special Protection Zone (SPZ).

“Harvesting was suspended on the site three weeks ago after a report regarding the colony of Gliders was sent to DELWP and this operation has now been stopped completely after the detection was verified by the Department,” Mr Trushell said.

“Legislation requires a 100 hectare SPZ to be created when more than 10 Greater Gliders are found along a one kilometre transect in East Gippsland.

“This is one of the largest Special Protection Zones created to protect habitat for native species.

“VicForests had previously engaged external ecological experts to conduct surveys of this area prior to operations commencing which found some Greater Gliders but not the density required to trigger a protection zone.

“We regularly use qualified external ecologists to conduct pre-harvest surveys on behalf of VicForests to look for threatened species and ensure they are protected.

“These surveys have found and protected nine populations of threatened species in 2016 in East Gippsland including the Yellow-Bellied Glider, Long-Footed Potoroo, Crayfish and Galaxias fish,” he said.

“We stopped all tree-felling operations within hours of receiving the initial report and we have cancelled our operations on the site now the report has been verified.

“Our staff and contractors are all highly skilled and ethical professionals who operate within a strict Code of Practice regulated by the Victorian Government.

“VicForests follows a detailed and on-going planning process before commencing any work on areas planned for harvest and takes on board all new information as it becomes available.

“Any new information that is presented to us is assessed and acted upon where needed which can, and does, result in modifying our operations,” he said.

Both the third-party who submitted the report, and the DELWP contracted ecology surveyors who verified the detection, used roads and pathways created by VicForests contractors for timber harvesting operations to complete their surveys. 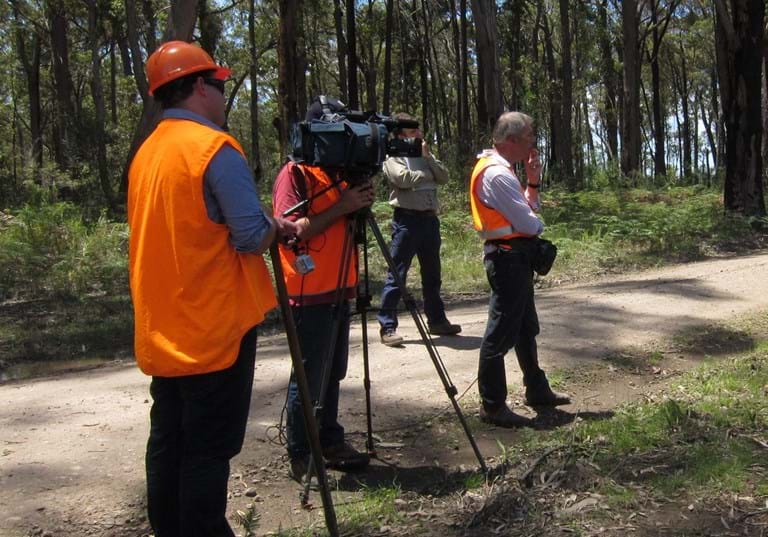 Going Bush is a series that tells the story of Australia’s forestry industry to an audience of around 100,000 viewers across the country.

“Timber produced from our mill has re-built the Echuca wharf and will be used to re-build the wharf in Koondrook also.

Our timber built the Alexandra Arbuthnot paddle steamer at Koondrook mill in 1923 which remains in service at the Port of Echuca,” he said.

Arbuthnot Saw Mills are one of VicForests biggest customers in the north-west where most operations are on a much smaller scale than those in other parts of Victoria.

Bill Paul, VicForests Manager Community Forestry said that most of VicForests operations in the west involve single tree selection or thinning, which is when they remove trees from a high density area to let other trees grow bigger.

“We refer to these operations as Community Forestry because all products are channelled back into the local community.

“Our operations in the west are on a much smaller scale which means we are able to supply timber for high quality products and firewood to the local communities we operate in.

“Timber from our north-west operations goes towards producing many highly sought after timber products including tables, chairs, flooring and even some guitars,” he said.

This episode of Going Bush will be aired in August 2016 and will available to watch on Channel Seven online or via the VicForests website and YouTube channels. 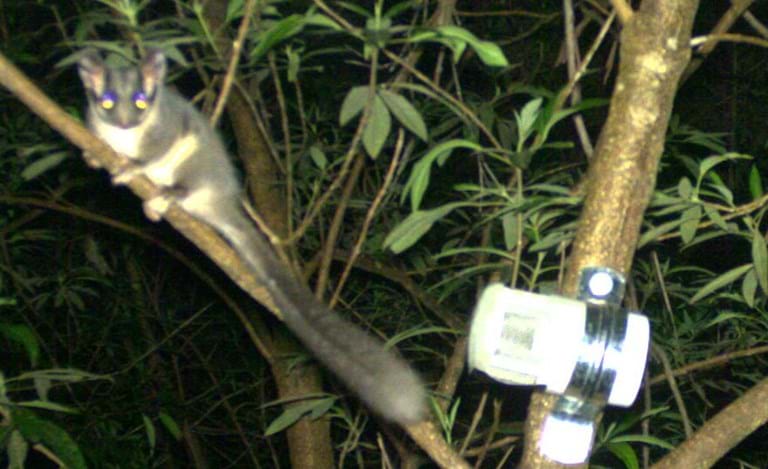 There has been over 250 new Leadbeater's Possum colonies found in Victoria's forests since February 2015.

197 of these were discovered in Victoria's state forests.

These new colonies have been detected as part of a survey program by VicForests, the Department of Environment, Land, Water and Planning, the Arthur Rylah Institute, Parks Victoria, Zoos Victoria and the community. 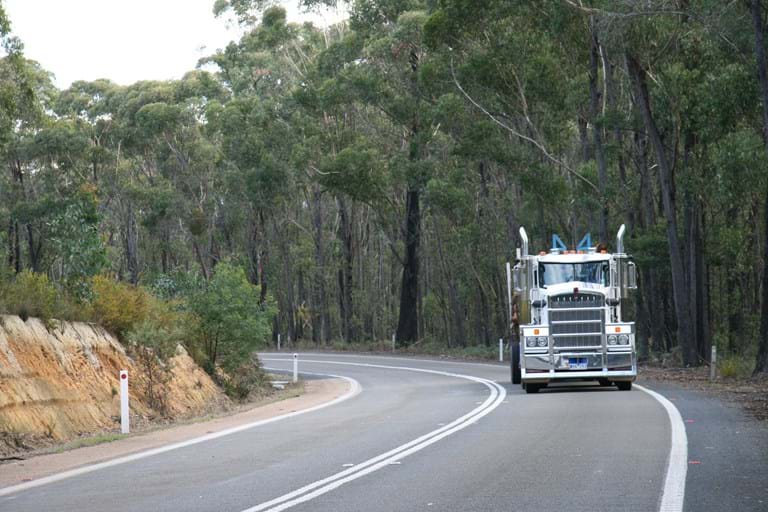 There will be an increase in the number of log trucks travelling through Yea and Alexandra following a decision by VicForests to suspend the use of the Black Spur by B Double log trucks.

VicForests’ General Manager, Operations, Brad Winthrop, said the decision to stop B Double trucks using the Spur has been made following an internal safety audit.

“There have been no incidents involving log trucks on the Black Spur in recent times but we have made a decision to suspend the use of this road by B Double trucks while we undertake a broader review,” Mr Winthrop said.

“Rather than heading south along the Black Spur through Healesville, trucks will now head west through Alexandra to Yea and travel via the Melba Highway.

“These areas will see an increase in log truck traffic and we have reinforced to our truck drivers the need to continue exercising caution when travelling near towns and built up areas.

“Smaller trucks without the B Double configuration will continue to use the Black Spur but larger trucks will be redirected to avoid this stretch of road. “Safety remains our key priority.

“This is not a decision which has been made lightly and there will be significant costs to VicForests due to longer haulage times for our trucks and drivers, with our contractors also having to manage additional logistical issues,” he said.

“A number of safety initiatives have been rolled out through our contractors in recent years including electronic braking systems, satellite tracking and improved reporting of incidents.

“We have chosen to suspend the use of the Black Spur by B Doubles as part of a review looking at the safe travel of log trucks from the forest to different mills across the region.

“It’s important we look at this issue further to identify the safest routes for our trucks to travel on so that we can minimise the risks to truck drivers and the general public.

“This work will include liaising with VicRoads to ensure our trucks are using the safest and most efficient roads which have been designated for use by B Doubles.

VicForests will provide the community with further information regarding the use of the Black Spur by B Double log trucks when it becomes available.

The Shire of Yarra Ranges has released an independent report looking at the social, environmental and economic impacts of the proposed Great Forest National Park.

The report analysis what impact a new National Park would have on the Yarra Ranges Shire. 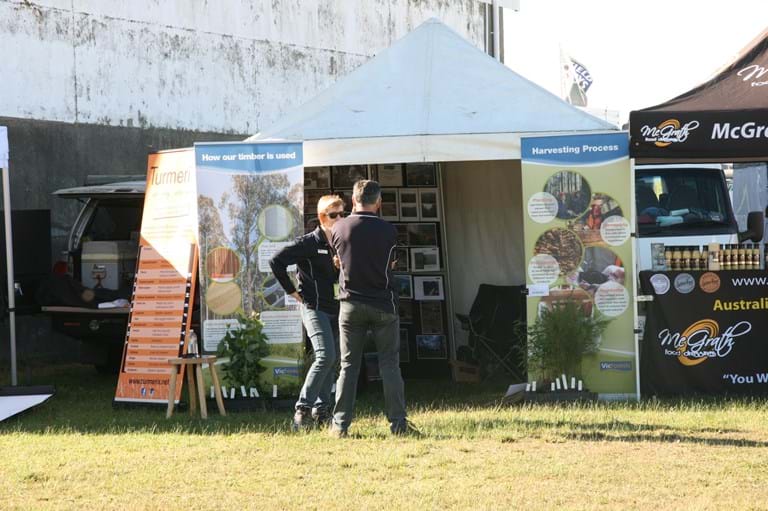 VicForests sponsored the woodchop at this year's East Gippsland Field Days and was one of 350 exhibitors at the two day Bairnsdale event on 29-30 April.

The timber industry is a key part of the economy in East Gippsland and the region is also home to Australia’s largest fishing fleet, as well as expanding tourism, manufacturing and retail sectors.

The East Gippsland Field days is an annual event that showcases the agriculture, local produce and rural services that contribute to the region.

This year's event was a success as it attracted around 9,000 visitors over the two days.